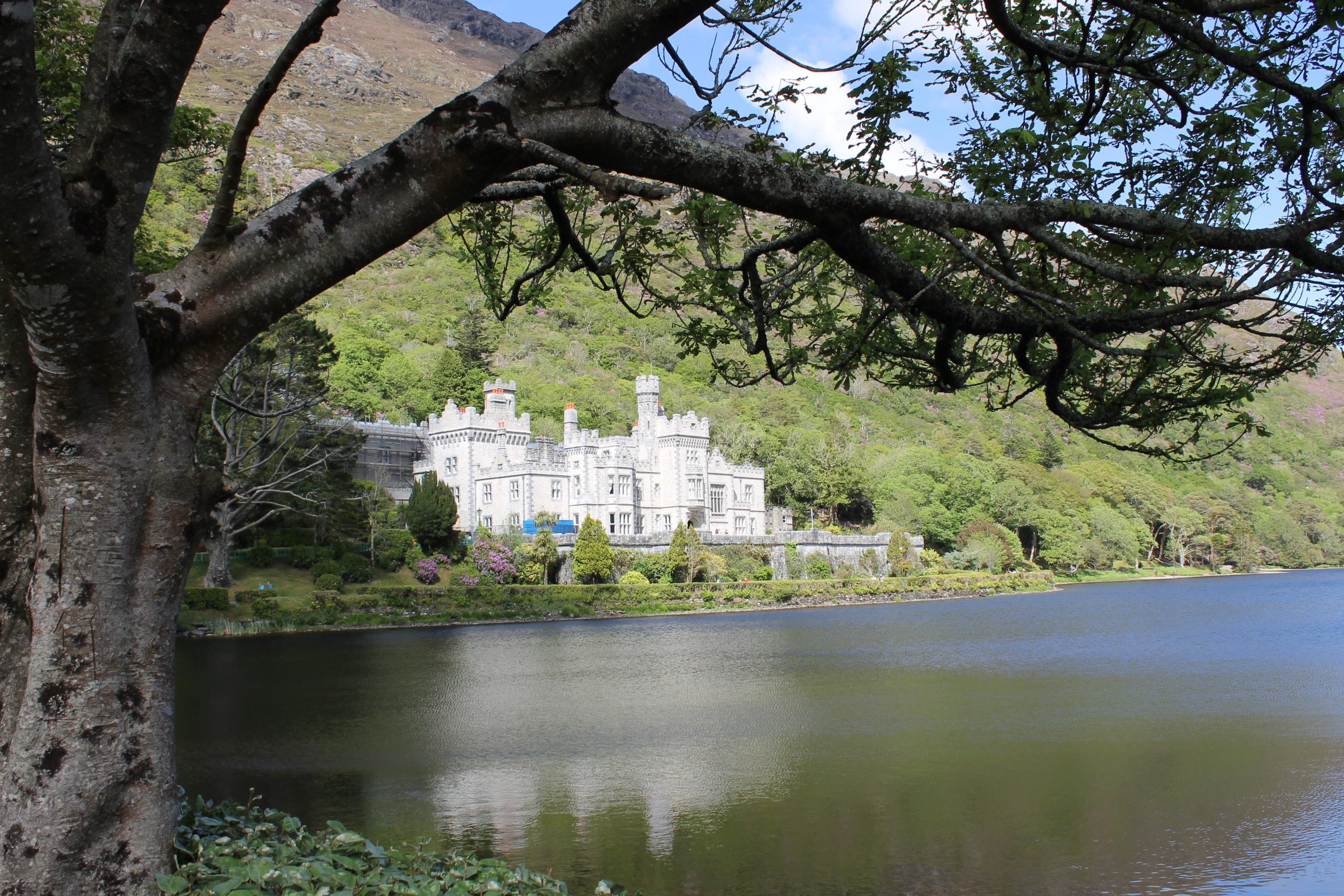 Kylemore Abbey and Victorian Walled Garden Originally built as a Castle in 1867 as a romantic gift, Kylemore Abbey and the surrounding mountains and lakes are steeped in history. Learn of tales of tragedy, romance, engineering initiatives and royal visits. It became home to a community of Benedictine Nuns in 1920 and has been renowned as a place of spirituality and education.

The story of Kylemore – both Castle and Abbey – is a truly remarkable one. The twists of fate which have marked its history at crucial moments from its beginning to the present day combine to create a colourful and moving history. Kylemore is located in Connemara, in the west of Ireland and its greatest attraction is its location.

Nestled at the base of Druchruach Mountain (1,736ft) on the northern shore of Lough Pollacappul, the heart of the Connemara Mountains, it is regarded as one of Ireland’s most romantic buildings. Originally built in 1867 as a romantic gift, Kylemore Abbey and the surrounding mountains and lakes are steeped in history including engineering initiatives, model farms, tragedy, royal visits, gambling debts, a hideaway during Ireland’s troubled history as well as excellence in education.

Today Kylemore Abbey and the estate are open to visitors all year and the main areas to be visited are; the Abbey, the Gothic Church, the Victorian Walled Gardens, the Craft Shop, Pottery studio, Restaurant and Tea Rooms as well as the Lake and Woodland walks.