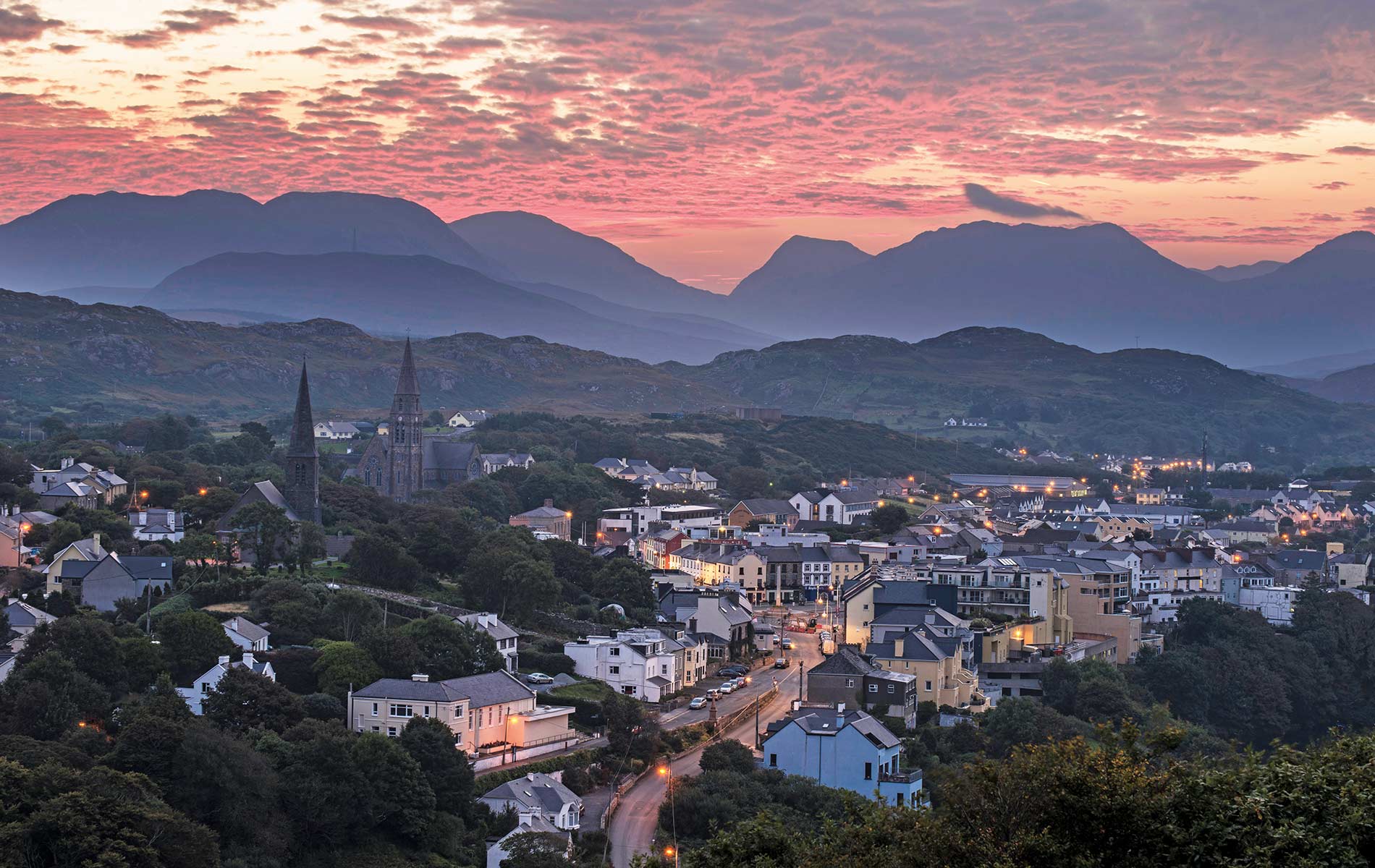 Clifden today is a vibrant and cosmopolitan town on the very edge of Europe. It has a population of 2,609 but the hinterland which it serves as the administrative and economic capital to has almost 10,000 inhabitants (source; Census 2011). The town known as the “Capital of Connemara” boasts a thriving tourism industry as its unique and picturesque setting between the foothills of the Twelve Bens and the Atlantic Ocean attracts thousands of visitors annually.